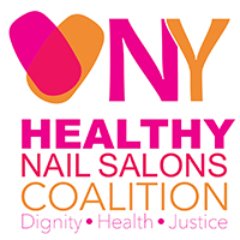 WITH STRONG SUPPORT FROM A COALITION OF LABOR AND IMMIGRANT WORKER ADVOCACY ORGANIZATIONS, THE LEGISLATION SETS A MODEL FOR ESTABLISHING INDUSTRY-WIDE STANDARDS FOR NAIL SALON WORKERS

NEW YORK – Nail salon workers and their allies in the New York Healthy Nail Salons Coalition joined New York State Senator Jessica Ramos and Assemblymember Harry Bronson in introducing the Nail Salon Minimum Standards Council Act. The first of its kind in the United States, the legislation (bill numbers forthcoming), would create a nail salon industry council made up of workers, employers, and government officials. The council will have broad powers to establish new workplace standards for all nail salons in New York, including on issues such as wages, scheduling, paid time off, and training. After completion of investigations, hearings, and consultation with experts, the council would submit a report with final recommendations for minimum standards to the New York State Labor Commissioner.

“In 2019, the Farm Labors Fair Practices Act granted a largely immigrant workforce that was explicitly written out of labor protections a venue to collectively organize and lobby for improved conditions. Assemblymember Bronson and I hope to build on that momentum and repeat that success for the women of color and immigrant workers in the nail industry. Creating an industry-wide body that brings workers, salon owners, and the state together to bargain and establish a uniform set of expectations and standards is how we ensure that every worker has recourse and authority to fight back against their exploitation,” says State Senator Jessica Ramos (D, WF – SD13), Chair of the Senate Labor Committee. “Any policies that are made for workers need to be developed with workers at the table. I’m proud to introduce this legislation in partnership with the NY Healthy Nail Salons Coalition and Assemblymember Bronson.”

“Too many of our service sector employees, especially new immigrants, have been exploited for their labor. I am pleased to join the NY Healthy Nail Salons Coalition and Senator Jessica Ramos in sponsoring this important worker’s rights legislation,” says State Assemblymember Harry Bronson (D – AD138), Chair of the Assembly Economic Development Committee. “By bringing together employees and employers, I believe we will find the best solutions for this industry.”

By convening a committee of economic experts who will recommend a new minimum pricing model for all of New York State, the legislation also seeks to address the extremely low prices in the industry that create hardships for nail salons, which are overwhelmingly small businesses. Intense competition in the downstate market, for example, has led to some of the lowest manicure prices in the country (the average price of a manicure in NYC and Long Island is $13.71). Research shows that there is a strong correlation between low prices and wage theft, and results in competitive disadvantage for law-abiding businesses.

Sweta Thakali, a nail salon technician in New York City and member of Adhikaar, is hopeful about how this bill could change her life and the lives of other nail salon workers. “There was a time when I wasn’t sure if I would be able to stay in the industry because of how hard it is,” she said. “I am not able to earn enough to build a security for myself in the future – our income is not stable, we face discrimination, we work without breaks, we are guaranteed no benefits and we work in unhealthy conditions. But I want to stay in the industry, this is what I am skilled in – this is my career. We want to maintain this industry and keep it strong, so people don’t feel like they need to leave. If anyone knows what needs to be changed, it’s us who are in the industry. This council will give us the chance to be heard and win the ability to come to the table and speak up for what we need.”

The NY nail salon industry came under national scrutiny in 2015 when nail salon workers who were organizing to improve working conditions caught the public’s attention and won the NY Nail Salon Workers’ Bill of Rights, the first-ever bill specific to the industry that requires nail salons to meet certain safety requirements and pay proper wages. Nail salon work is overwhelmingly performed by immigrant women of color. Nail technicians (i.e., manicurists and pedicurists) make up the vast majority of New York’s nail salon industry workforce, with 85% identifying as women. Among these workers, 73% identify as Asian or Pacific Islander, and 21% identify as Latinx.

Despite the implementation of new protections for nail salon workers in the last five years, nearly four out of every five workers continue to experience wage theft, health and safety violations, and discriminatory practices. The COVID-19 pandemic has exacerbated these conditions.

“I like my work but I wish that everything was better – we need more regulations around COVID and to enforce the mask rules for clients, we need to raise consciousness for everyone to protect each other,” said Maritza Ovalles, a NYC nail salon worker who has been in the industry for 24 years. “The minimum wage needs to be required, not something employers try to get out of by paying commission or through client tips. There are so many ways this industry could change for the better, and workers need a seat at the table to help create those changes.”

“For too long, the nail salon industry has been caught in a tragic race to the bottom where health and safety regulations are routinely ignored and nearly 80 percent of workers experience wage theft. And the pandemic has only emphasized those dangers, “said Julie Kelly, President of Workers United NY/NJ Regional Joint Board. “It will take workers, salon owners and New York State coming together to make NY’s nail salon industry safer, more just, and a model for the rest of the country. We can’t use old-fashioned solutions to address 2022 problems.  We need innovative approaches that bring worker voices to the table and put the industry on a path towards long-term success and sustainability. The Nail Salon Minimum Standards Council Act will raise standards across the industry and allow both workers and business to thrive.”

“This bill is the culmination of years of work with our nail salon worker member leaders, our partners and legislative champions as a step towards a more equitable nail salon industry,” said Pabitra Khati Benjamin, Executive Director of Adhikaar. “Passing the Nail Salon Minimum Standards Council Act would mean that nail salon workers, quite literally, will have a seat at the table, with employers and the state to improve their conditions. Nail salons are a bedrock of economic mobility for so many Asian immigrants, including the Nepali-speaking community. It is in the vested interest of all that this industry survives and thrives. Adhikaar’s 1,300 nail salon worker membership base is excited to introduce this bill with Senator Ramos and Assemblymember Bronson today.”

“Thank you to Senator Ramos and Assemblymember Bronson for recognizing that despite improvements in the industry over the past decade, nail salon workers are still being exploited with unsafe working conditions and wage theft, especially given the COVID-19 pandemic,” said Charlene Obernauer, Executive Director of the New York Committee for Occupational Safety and Health (NYCOSH). “This legislation will help level the playing field and ensure that workers and employers come together to create safe, fair jobs for nail technicians.”

“As a member of the New York Healthy Nail Salon Coalition, the National Employment Law Project proudly supports fellow members and worker leaders in advancing the Nail Salon Minimum Standards Council Act as a matter of immigrant, gender, and racial justice,” said Charlotte Noss, Worker Center Program Director at the National Employment Law Project. “Despite wide consumer support for nail technicians to have better standards, New York’s nail salon industry continues to subject immigrant women of color to low wages, wage theft, health and safety violations, and unstable income. This Act builds on years of organizing by workers to advance solutions according to their needs and who understand more than ever that the industry is in dire need of transformation to ensure everyone can thrive.”

“Nail salon workers face numerous hazards in their work, from chemicals to repetitive stress injuries and poor ventilation,” said Brian Brown-Cashdollar, Executive Director of WNYCOSH. “NYS has already taken action to start addressing some of those hazards, but setting industry-wide minimum standards would ensure better working conditions for workers and their clients, and reduce the risks for everyone.”

“The New York chapter of the Asian Pacific American Labor Alliance, AFL-CIO (APALA) is proud to support the Nail Salon Minimum Standards Council Act,” said Steven Moy, President of APALA New York. “Too often Asian American, immigrant, and women workers are concentrated in industries with poor standards and little bargaining power. This innovative bill gives nail salon workers in New York a voice on wages and conditions in their industry while leading the way for the rest of the nation to build power for AAPI workers and other workers of color.”

The New York Healthy Nail Salons Coalition (“NYHNSC”) is a coalition created in 2014 to transform the New York nail salon industry into healthy and just workplaces. Since its founding, the coalition has won the Nail Salon Workers’ Bill of Rights in 2015, and successfully advocated to eliminate the tipped subminimum wage for nail salon workers in 2019.